Exploring Deal Level Returns, Part 1, Asia vs. North America, compared Deal Gross IRR and TVPI for outperformance or underperformance in the two regions. We will now zoom in on Gross DPI as a performance indicator.

If we look at gross DPI in Figure 3, it is clear that North America outperforms Asia by a very wide margin across almost all years between 2004 and 2013. The most relevant years to compare are between 2010 and 2013 since these would be mature deals that are likely to be in fund portfolios that are still active and in their exit or wind-down phase.

In 2010 and 2011, the median North America DPI is approximately twice that of Asia and the disparity is even greater in 2013. So putting aside the remaining unrealized valuations of deals, the actual cash returns generated from North America deals are much stronger than in Asia. Another interesting observation from Figure 3 is that even for investment years 2014 and 2015, median deals that are now 5 and 6 years old are essentially showing a zero DPI for both regions. 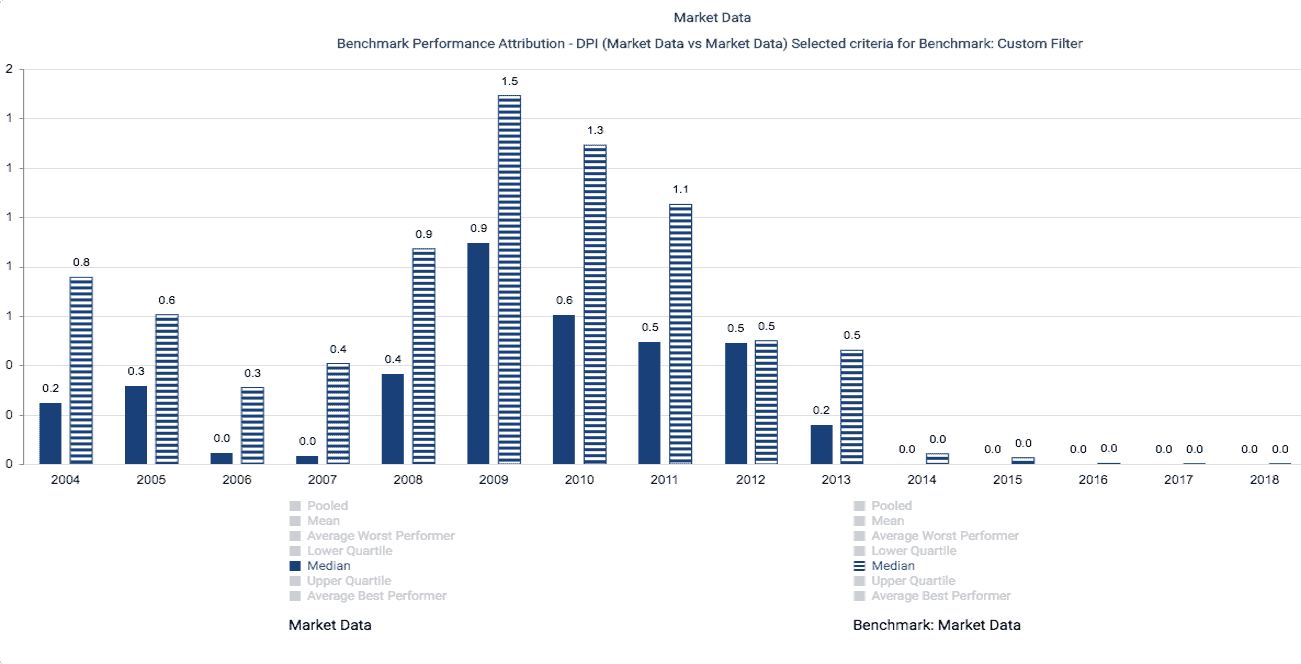 The default analysis benchmarking in the Figure below shows that Asia has a higher default rate from 2007 through 2011, and both North America and Asia are relatively comparable and within +/- 5%-points between 2012 and 2017.

While it may seem alarming, do keep in mind that the default rate measures the ratio of deals that have a TVPI of less than 1x compared to the overall number of deals for that investment year, and since this analysis includes partially and fully realized deals, as well as unrealized deals, then changes in deal valuations can result in TVPIs falling below 1x for a paper loss.

Another important factor to consider is currency exchange fluctuations that can have an impact on Asia deals that are denominated in USD. Overall, the downside risk measured by default rates is relatively comparable between Asia and North America over the past several years (excluding 2018). 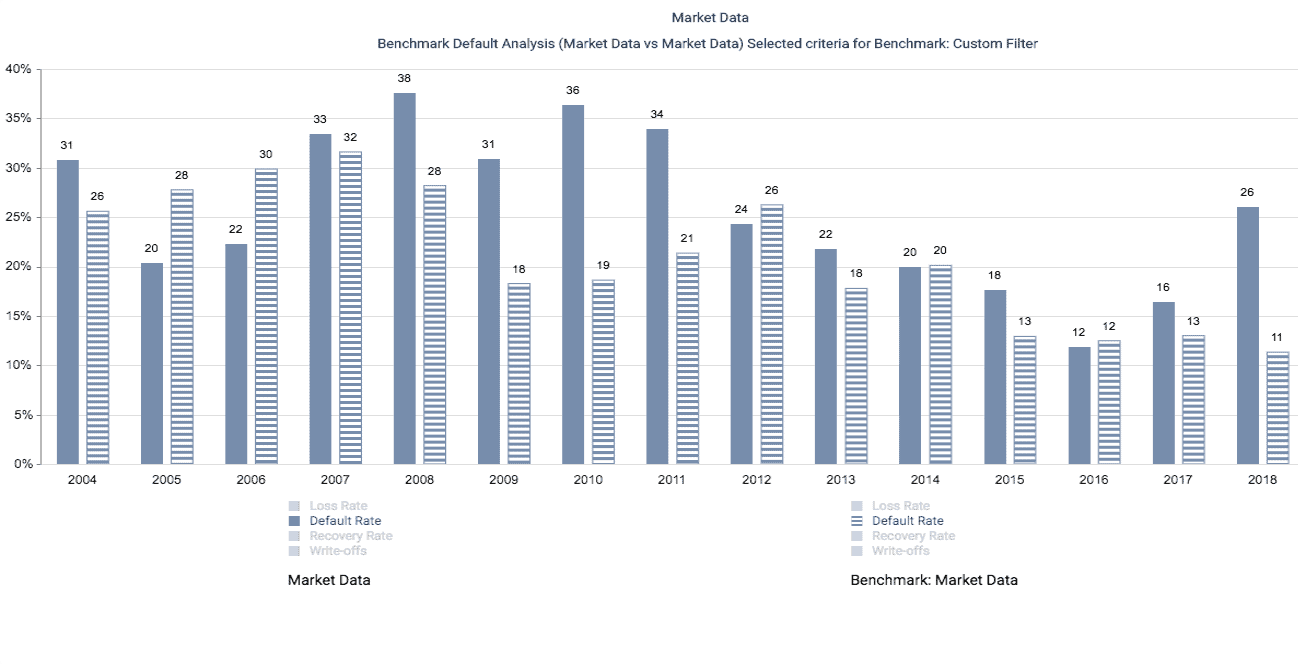 While deal gross IRR shows a relatively mixed picture when comparing Asia and North America deals over the past several years, gross deal TVPIs are more comparable between the two regions. However, when it comes to cash-on-cash returns as measured by gross deal DPI, North America has a notable advantage if we look farther back in time over the past 10 years. Much like how net fund returns are driven by the underlying deals within a fund portfolio, the gross deal level returns are (typically) driven by the underlying operating performance of the portfolio companies. In the final installment of this series, we will explore one layer deeper and compare the operating analysis between these two regions. In the meantime, please feel free to reach out to us with your questions. Want to try out an analysis yourself? Register today – it’s free!