Since revenue growth can be bought through acquisitions, it’s also important to examine EBITDA margins because ultimately that is what clearly shows the operating improvements and efficiency gains achieved during the investment holding period of the GP. Increasing EBITDA margins has a direct impact on EBITDA itself, or earnings, and therefore, the exit value of the company, which then drives returns back to the fund.

The figure below shows a comparison of median EBITDA margins at the time of entry for Asia portfolio companies (solid) against North American portfolio companies (dotted), and while Asia was widely superior for a few years before 2010, it’s been consistently much more comparable in the post-GFC era over the past several years between 2010 and 2018. In terms of spread, the margins have generally varied between the two regions by +/-5%-points with North America portfolio companies having the edge in 6 out of the 9 years during the period.

This suggests that buying into Asia companies with superior margins at the onset is much more difficult to come by now with rising costs, particularly in China, becoming a significant issue. The fundamental operating cost advantage of Asian companies compared to those in North America is less prevalent if not over. With entry EBITDA margins less attractive than before, GPs in Asia need to work harder than before to achieve gains in earnings and to drive value. As mentioned in a previous article, the golden era of picking low hanging fruits in Asia for “easy” returns are over. 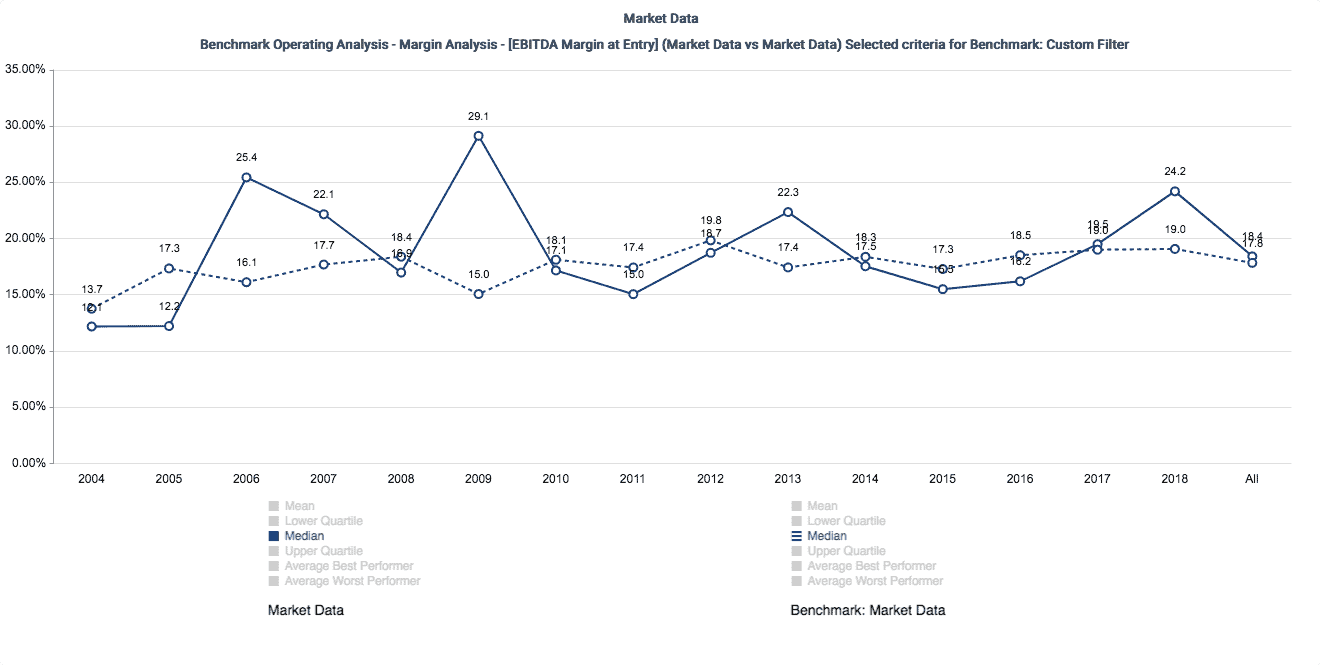 Hand-in-hand with analyzing entry EBITDA margins is to examine exit/current margins which determine returns/valuations. The figure below is essentially a report card on GPs’ ability to execute the private equity mantra of value creation and to actually improve the operating performance at their portfolio companies.

Although there is relatively less overall volatility during the pre-2010 years compared to the previous chart on entry margins, here we can see that both North America and Asia margins declined from 2012 through 2015 with Asia showing a sharper decline from 15.4% to 11.3% and North America declining from 18.9% to 16.5%. Overall, it is also clear that North American companies have consistently shown superior median EBITDA margins at current/exit across all years between 2010 and 2017. Asia has since rebounded sharply compared to North America between 2015 and 2018 with significant outperformance in 2018.

As shown in the figure below, Asia GPs are making significant improvements with their value creation efforts and this is reflected in the EBITDA margins development in recent years between 2015 and 2018. This also aligns with increasingly more GPs establishing dedicated in-house operations teams to drive operational improvements at their portfolio companies to create value. It will be very interesting to see how this curve develops in the upcoming years as the Asia private equity market continues to mature. If revenue growth and EBITDA margins can continue to gain at a faster pace than North America, then it looks promising for Asia returns going forward. 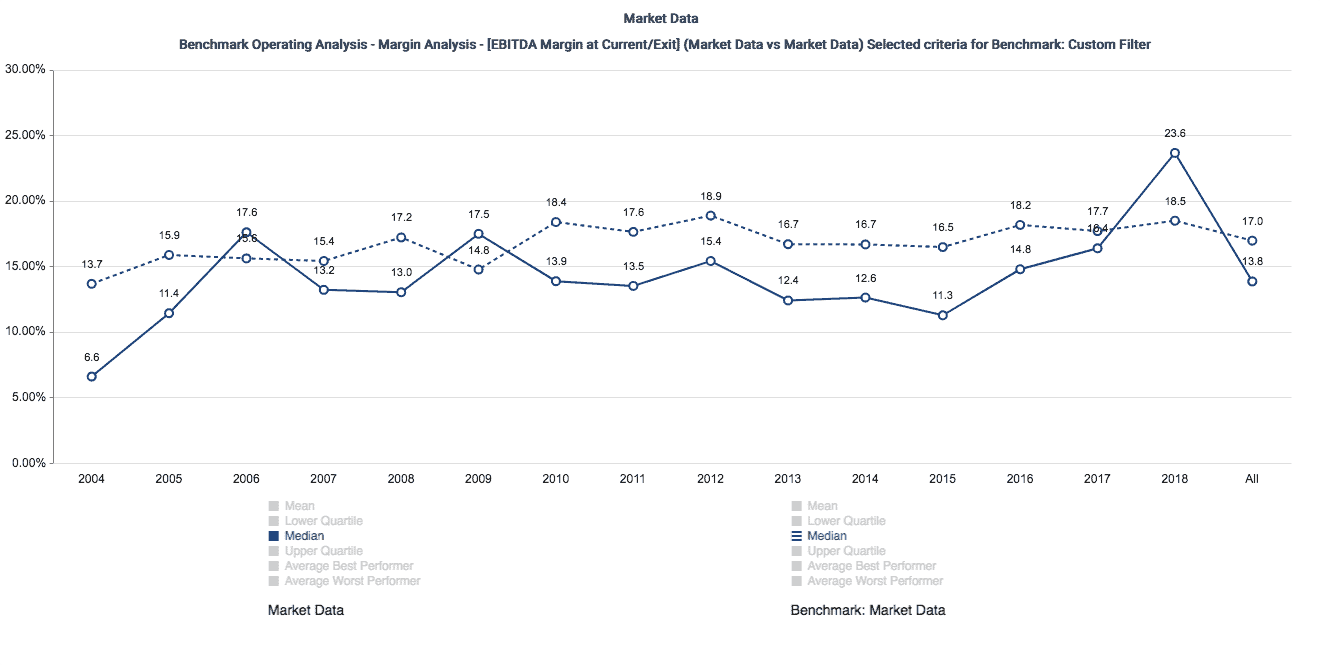